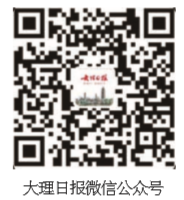 "Strengths of Dali" in Contributing for Biodiversity Conservation

Dali Prefecture is situated in the intersection of the Central Yunnan Plateau with the Hengduan Mountain Range, and the land is covered by rising and extending mountains embellished with open basins and picturesque lakes. And it has a typical topography of high peaks and deep valleys, which is key to biodiversity conservation in Northwest Yunnan and is of great significance for global biodiversity conservation.

Dali is rich in types of ecosystem, including those of forest, meadow, bushes, grasslands with scattered bushes, and wetland, etc.

Dali has various types of vegetation and is diverse in species of wild flora and fauna, and it is well-known as a bank of natural genes and a treasury of biological resources.

By now, higher plants found in Dali cover 182 families, 927 genera, and 3,643 species; a total of 763 species of terrestrial wildlife has been recorded, including 24 species of reptilia, 98 species of mammal, 641 species of bird (accounting for 67.5% of the total in Yunnan Province); as many as 51 species of wildlife were listed in the national or provincial protection; and 11 phyla of wildlife were found in Dali, ranging from protozoa to vertebrates. Meanwhile, Dali is the place of origin for Camellia reticulata and that for azalea as well as an enrichment region for orchids and a suitable growth area for Taxus yunnanensis.

Prominence of Endemic Species in Dali

Endemic species are particularly prominent in Dali. A total of 307 endemic species were discovered and recorded here from 1992 to 2020.

——Prominence of endemic wildlife: As many as 10 endemic genera of terrestrial mammal have been known in Nanjian section of Wuliangshan National Nature Reserve in Yunnan, accounting for 43.5% of China's 23 endemic genera of terrestrial mammal. In addition, Nanjian section hosts a well-known research base of amphibians and reptiles.

——Prominence of endemic higher plants: Mount Cangshan in Dali is one of China's mountain ranges with outstanding endemic higher plants; the extremely rare and endangered Acer yangbiense is foundonly in Yangbi County of Dali Prefecture; and the wild ancestor of Nymphaea tetragona Georgi is growing only in Cibi Lake in Eryuan County of Dali Prefecture.

thought  on  ecological  civilization, exploring all kinds of channels, and taking forceful measures.

Great efforts were taken for  building and managing of natural reserves. The biological resources in Dali Prefecture's natural reserves of various levels and classes were clarified through  compiling  and  formulating  overall planning and carrying out scientific exploration. Significant improvement was made in natural reserve infrastructure construction, capacity building, scientific research monitoring, and conservation management, etc. Effective cooperation with scientific institutions was established, technological support was reinforced, the key and major issues were closely observed, scientific research was  promoted to an international level, and mature scientific and technological achievements were transformed and localized in a timely way. Increasing strength was put in popularizing the natural reserves of various levels and classes.

Great efforts were taken for effectively protecting wildlife and plants. Feeding wildlife had been thoroughly forbidden; the wildlife fed was properly dealt with by such ways as change of use, being released into the wild, and comprehensive use. The wildlife public liability insurance was introduced, and the compensation for accidents by wildlife was carried out in line with insurance policy. Two wildlife rescue centers were built, and archives were set up for wildlife rescued, so that the care and relief of wildlife were progressively strengthened. Four national  monitoring  stations  on  terrestrial   wildlife-borne infectious diseases and two provincial monitoring stationson the diseases were built for monitoring scientifically. Two bird observatory and ringing stations were built, and as many as 25,464 migrating birds  had  been  ringed in recent decade, which was  a  great  contribution  to research on bird migration and  bird  species variation. More than 100 ancient and precious trees were specifically identified and properly